Around 90 people attended a public hearing in Scottsbluff Monday to learn more about changing property tax askings and how their money would be spent.

LB644, or the Property Tax Request Act, was introduced by Sen. Ben Hansen and took effect this year. Its intent is to provide transparency in public spending. If any county, city, school district or community college increases its property tax request by more than 2% overall growth over last year’s asking, it is required to participate in a public hearing.

A joint public hearing including entities throughout Scotts Bluff County took place at 6:05 p.m. in the Judy Chaloupka Theater at Western Nebraska Community College. By law, all hearings had to be held sometime after 6 p.m. between Sept. 17 and Sept. 28.

Representatives of any local municipality or public entity exceeding the 2% threshold had to provide explanations of its calculations of overage and how the funds would be used.

Those presenting were Tony Kaufman, mayor of Gering; Liz Loutzenhiser, director of financing for the City of Scottsbluff; and Rocky Robbins, the superintendent, Minatare Public Schools. No other local municipalities or entities hit the 2% growth threshold.

Kaufman said the City of Gering’s property tax request for non-bonded purposes was just over $1.9 million out of a total budgeted expenditure of $42.1 million.

“We’re spending a lot of our dollars reinvesting in the infrastructure in our community,” Kaufman said.

Kaufman said the majority of the property tax revenue for Gering goes to public safety, such as purchasing vehicles and equipment for the police and fire departments.

The  the downtown improvement district’s amount grew by just 0.59% over last fiscal year. Therefore, it did not need to be covered in as much depth as the city’s use of the general property tax funds.

The property tax asking for the City of Scottsbluff this fiscal year is $2.28 million out of budget expenditures of $49.56 million. $11.5 million of that amount is for capital improveme3nts such as infrastructure. General budgeted expenditures, such as those that fund the library, parks and emergency services grew by 2.9%, while the capital expenditure budget for infrastructure grew by 8.35%.

Loutzenhiser said 92% of property tax in Scottsbluff goes toward capital expenditures such as street repair and getting vehicles and equipment for the police and fire departments.

The increase is to help fill a reduction in state aid. Last year, the local property valuation was $48.4 million and they contributed $518,000 in property taxes. The district received $2.94 million in state aid.

This year, those same properties are valued at $51.3 million. The district only receives $2.82 million in state aid, however.

“Our solution is that we’re trying to ask our taxpayers to help chip in and we’re going to budget a little better this year to help that burden on everybody at the same time,” Robbins said.

With an extra $31,000 in property tax, he said the district will “eat” the additional $90,000 lapse in state aid by restructuring their budget.

He said this tax asking growth comes from three main factors. Namely, he said, state aid constitutes 86% of the district’s budget. The increase in year-to-year valuation was 35 times higher than last year, from an 0.17% to 5.88% increase; and inflation is the highest it’s been in 40 years.

Many of those in attendance expressed their disappointment at the process of being informed about the meetings, as well as the fact that their properties were assessed differently at all and the ways the funds would be used. As required by state statute, notices were mailed to residents in effected districts.

We’re always interested in hearing about news in our community. Let us know what’s going on!

Get Government & Politics updates in your inbox!

Stay up-to-date on the latest in local and national government and political topics with our newsletter. 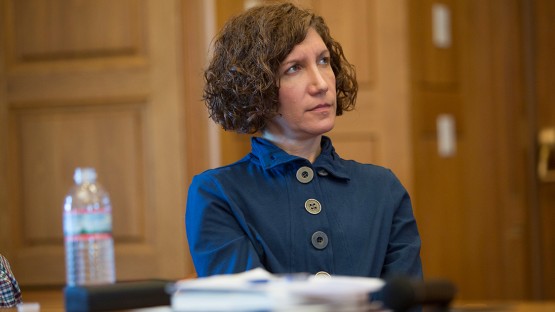 Healthy ideas
We use cookies on our website to give you the most relevant experience by remembering your preferences and repeat visits. By clicking “Accept All”, you consent to the use of ALL the cookies. However, you may visit "Cookie Settings" to provide a controlled consent.
Cookie SettingsAccept All
Manage consent